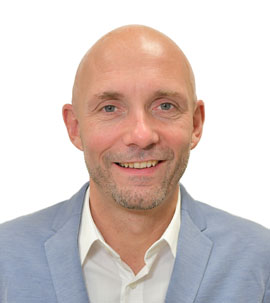 Tomislav Ceh is a hospitality veteran with over 20 years of experience in the hospitality and tourism industry. He joined PKF hotelexperts in 2018 and is based in Vienna and Ljubljana (Slovenia). In his present capacity as Senior Consultant, his consulting activities include asset management, operator search, project development and strategic advice primarily in countries throughout Europe. Before joining PKF hotelexperts, he worked for several years as General Manager and Managing Director in different hotel companies. He started his professional carrier at Globtour travel agency in the Czech Republic as the head of finance and controlling. Later, he was Managing Director of Globtour Prague and after that, Managing Director of its mother company in Slovenia.
He gained further experience heading the company that manages the natural and cultural heritage sites Postojna cave and Predjama castle in Slovenia. In his capacity as Managing Director of LifeClass Hotels & Spa, Portorož, Slovenia, he was also involved in the redevelopment of the Kempinski Palace Portoroz in Slovenia. During his work at HETA Asset Resolution Slovenia, he set up the asset management department. The last position he held was Managing Director of Union hotels - the biggest hotel company in Ljubljana. Tomislav graduated from the Faculty of Economics, University of Maribor, Slovenia. As part of his continued education pursuits, he completed the General Managers Program at Cornell University School of Hotel Administration in Ithaca, New York. Tomislav is a lifetime member of the Cornell Hotel Society.