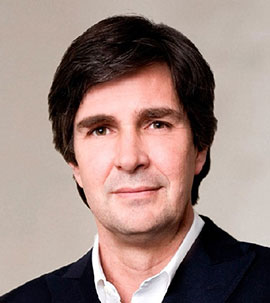 Guy Perry is an architect, urban designer and developer with global experience in conceiving and realizing market-leading environments that foster sustainable human well-being.  For over three decades, Guy has set new standards for development and urban design in a wide range of urban settings around the globe, receiving top accolades from ULI, ISOCARP, International Academy of Health and Design and the SOM Foundation. He combines design and development expertise to create economically viable, environmentally sustainable, human focused environments.
Guy has been leading the vision and development strategy of many of the most complex regional, urban and district and real estate projects underway the Middle East, South Asia, Africa and Europe
McKinsey projects have ranged from cities and districts to sensitive environmental, ecological and religious sites. He creates projects that ensure success through sustainably and efficiently redefining market standards. Work on regeneration in Medina, Mecca and Abha
Prior to working with McKinsey, Guy was President of Cities & Strategy of the Essel Group based in Mumbai, India where he dealt with themes of sustainable Human centric urbanization from the scale of the village to that of new cities. While at AECOM, Guy was leading the through innovative work on projects throughout Asia Pacific around human and ecological metrics. With his own firm, IN-VI, he led the development of Europe's largest private development of this century. He began his career planning and designing key components of the Barcelona Olympics. Guy has also taught and lectured at Hong Kong University, MIT and Harvard University.